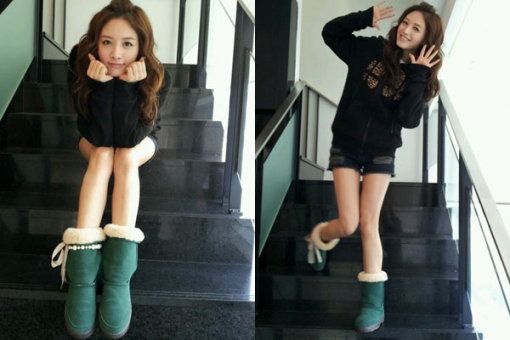 Girl group Rainbow’s leader Kim Jae Kyung posted a new selca on her Twitter. She wrote, ”Will snow fall this year’s Christmas Eve? It would be good if it did.”

In the photo, her hair is down with a thin headband. and Kim Jae Kyung looks so innocent and pure with a toned-down makeup. Her huge eyes and porcelain skin is what makes her face look more like a doll.

As one of the lead vocalist of the group, Kim Jae Kyung was once a trainee of JYP Entertainment but swtiched to DSP Media, an agency known to have produced some of the most famous Korean idols including Fin.K.L, Sechs Kies, SS501, and KARA.