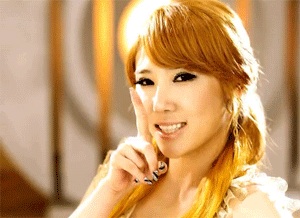 Secret’s Zinger, who recently got involved in a serious car accident, expressed her pained heart over netizen’s harmful comments about her.

On December 13, Zinger tweeted, “After regaining my consciousness and reading all the news articles, I began to read some of the comments as well. There are some comments that are just too much.”

Previously, Zinger and the rest of the Secret members and manager got into a car accident on December 11 at around 2 AM due to the icy road conditions. Zinger suffered broken ribs and bruised lungs and received a diagnosis of taking about 4 weeks off from work. Despite the her injuries, it seems that netizens have been leaving hurtful comments about her.

Meanwhile, Secret has cancelled all activities until December 27. They will attend the KBS Gayo Festival on December 28.