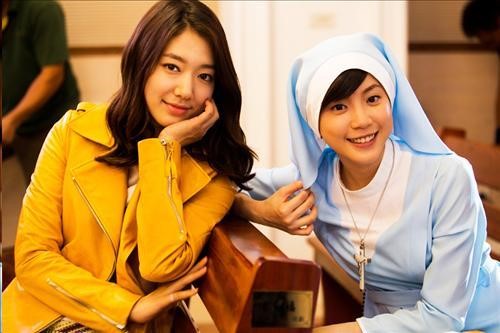 On December 3, actress Park Shin Hye appeared as a cameo for the Taiwanese version of the drama “You’re Beautiful” (Taiwanese title: “原來是美男”) in which the actress starred back in 2009. In the opening episode, Park Shin Hye will be shown as a girl watching the fictional band A.N.JELL through her portable video player.

After the drama’s success in 2009, a Japanese remake was also produced in 2011 titled, “Ikemen desu ne.”

While the drama was written and thought out for quite some time, the actors just began filming. The first shoot took place on December 3. With a total of 13 episodes, the Taiwanese version of “You’re Beautiful” will air next summer and will be broadcast in other Asian channels as well.

As for Park Shin Hye, she recently finished filming her movie “December 23” and will appear in the tvN drama “My Flower Boy Neighbour” in January.

Park Shin Hye
You're Beautiful
KPLG
December 23
Taiwanese
My Flower Boy Neighbour
How does this article make you feel?