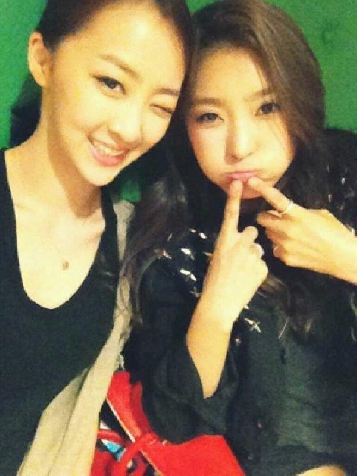 Sistar‘s Bora and Dasom‘s behind the scenes for magazine pictorial revealed.

Recently, the pictures were uploaded of the two cute singers at a studio set. They were filming an advertisement for Coach. The photos have not be retouched, and the two beauties showed off their stunning figures and nice long legs. In the pictures, Dasom and Bora pose with Coach’s new seasonal wallets and bags. It seems like the two fashionists are enjoying the most luxurious Christmas!

Jealous Netizens who saw the photos responded, “They are the Christmas Goddesses,” “I am jealous of them with so many Christmas funs,” “They look gorgeous,” and “They have so many bags… Can I have one?”

The behind the scene pictures were revealed on “High Cut” on December 6, and more pictures are provided at “High Cut” official page.

Bora
Dasom
High Cut
SISTAR
KPLG
How does this article make you feel?