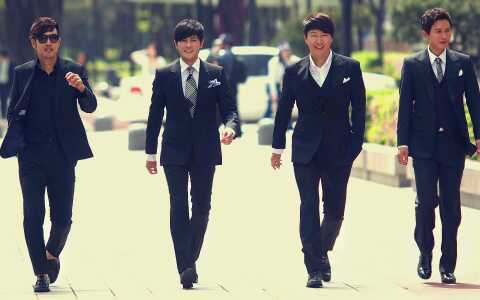 The F4 Members of “A Gentleman’s Dignity” Reunite

Actor Kim Suro revealed picture he took with his fellow F4 members of the drama “A Gentleman’s Dignity.” He posted on Twitter, “The gentlement have reunited for the first time in a long time.”

Netizens who viewed the picture commented, “Still lookin’ good,” “When did they meet,“ “Wow the visual is great,” “It would be good if they filmed A Gentleman’s Dignity season 2,” and “So handsome.”