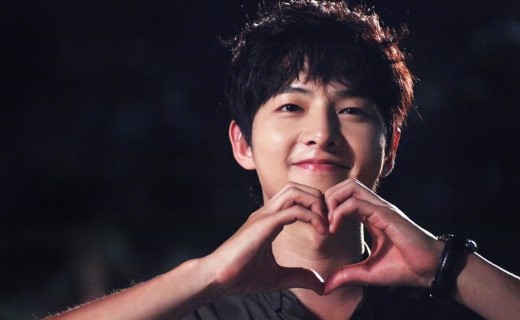 Who Is Song Joong Ki Most Thankful To This Year?

On the KBS 2TV “Entertainment Weekly” that was televised on December 15, actor Song Joong Ki was picked as the top star of 2012. An interview followed on his recent work and how he became such a rising celebrity.

When asked who he was most thankful for, he answered, “I hear this question a lot. It would be Cha Tae Hyun and Jo In Sung. But for this year, I was especially thankful to actor Son Hyun Joo. He supported me a lot while filming ‘Nice Guy’. As a matter of fact, I even drank with him yesterday night.”

Song Joong Ki was indeed busy this year as he starred in drama “Nice Guy” and movie “A Werewolf Boy.” The actor also narrated the documentary “Tears of the Antarctic” and appeared in singer Kim Jong Gook’s music video “Men Are All Like That.”