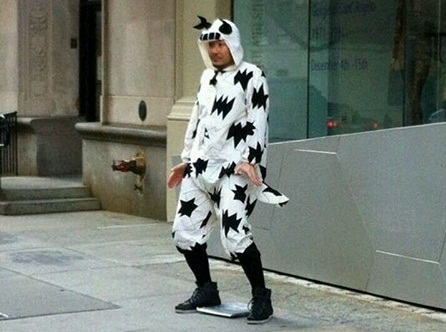 “Elevator Guy” No Hong Chul Gets Recognized in New York

On the December 15 broadcast of “Infinity Challenge,” No Hong Chul jetted off to New York City to see if he could get recognized. When he arrived in Times Square, the comedian said, “People have already begun to recognize me…Where else in Korea can you find a celebrity who is recognized overseas in just ten seconds? They’re already saying that they saw the ‘Elevator Guy’.”

When he discovered that people knew “Gangnam Style,” but not who he was, No Hong Chul said, “This can’t be. They should recognize me.”

Luckily for No Hong Chul there were some people who recognized him as the “Elevator Guy” from the “Gangnam Style” music video which made the comedian very happy.

Infinity Challenge
KPLG
No Hong Chul
Gangnam Style
How does this article make you feel?