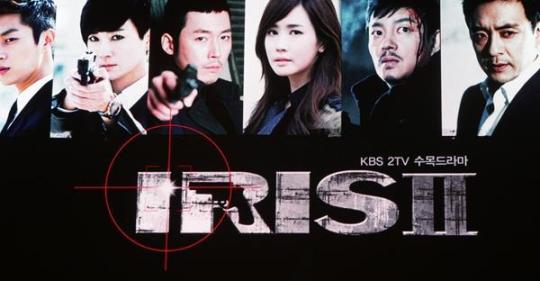 The cast of the upcoming drama “IRIS 2” shot on location in Angkor Wat, Cambodia.

On December 15, “IRIS 2,” produced by Taewon Entertainment, filmed in Angkor Wat, Cambodia, the first production to do so since “Tomb Raider.” “Iris 2” has filmed overseas before, they recently filmed alongside the staff of the Hollywood movie “Die Hard 5” in Hungary.

It seems that “IRIS 2” is taking measures to be an international hit. The crew captured the mysteriousness and grandeur of the temples they held some scenes. The crew even mobilized a helicopter to shoot some aerial scenes to capture the breathtaking beauty of Cambodia.

Cambodia will be an important location in the drama. In Cambodia, Lee Bum Soo will meet Im Soo Hyang for the first time, and Lee Bum Soo will also chase after Yoon Do Joon as part of the plot.

“Lee Bum Soo’s charisma and Yoon Do Joon with his hot body will create exciting scenes that the viewers will not want to miss,” a representative of the drama said. “Particularly, the staff could not praise enough Yoon Do Joon’s exceptional sensual action scenes. There is a lot of anticipation for his future work.”

“IRIS 2” will continue off three years after the story in the original “IRIS” drama ended. Jang Hyuk, Lee Da Hae, Lee Bum Soo, Yoon Do Joon, Im Soo Hyang, and Lee Joon will star in this highly anticipated drama that will air on February 13.