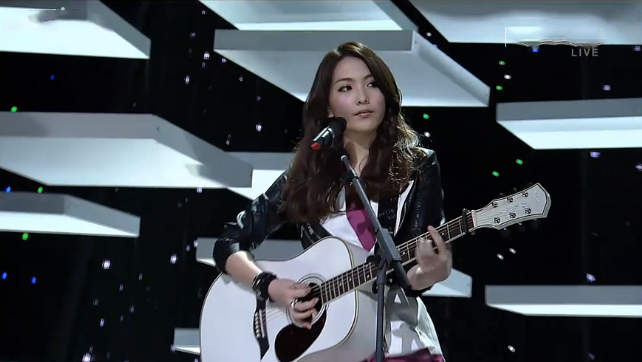 Following up to yesterday’s Music Core performance by Han Seungyeon, Kara‘s Kang Jiyoung becomes the second member of the group to have a solo performance. Tonight on Inkigayo, Jiyoung performed “Wanna Do.”

Previously, all the members of Kara revealed their solo music videos two weeks ago.

“Wanna Do” is a rock ballad with a sweet string accompaniment. It’s a fresh change from the sexy theme Kara has been promoting recently. This is the maknae’s first time singing a rock ballad and she learned how to play the guitar specifically for this song.

Kara’s “Solo Collection” was released in Korea on December 4 while the Japanese version was previously released in September. Produced by Sweet Tune, each of the members also worked on the lyrics of their own songs and also used their own ideas for the music videos.

KARA
Kang Jiyoung
How does this article make you feel?