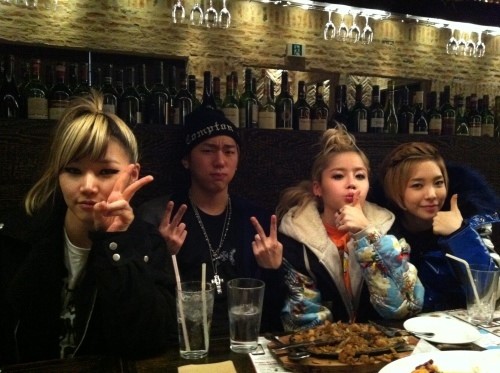 Rookie hip-hop girl group D-Unit are wrapping up promotions for digital single, “Luv Me” and are preparing for year-end Christmas concerts and Japanese promotions. D-Unit expressed their gratitude for all the love and support they received for the past four months after their debut.

They commented, “We have wrapped up our 6-week promotion activities. We really thank all of the fans who love us. There are still parts that we could have done better but next year, we will return with a better image so please wait for us.”

For the past six weeks, D-Unit has been actively promoting their album in various broadcasts and concerts. They even received the Rookie of the Year award at the 20th Korean Art Entertainment Awards.

D-Unit will be performing at a joint Christmas concert, “The Bugs Show” along with BIGSTAR and EXID. They will be starting their Japanese promotions soon and will come back with a new album in Korea early next year.

It has been reported that Block B‘s Zico, who is close with the D-Unit members, had dinner with them to congratulate the wrap-up of “Luv Me” and also to discuss the concept for their next album. Several tweets from D-Unit’s official twitter hinted at a few spoilers about their third mini-album and it has been revealed that Zico will be producing it.

Block B
Zico
KPLG
D-unit
How does this article make you feel?