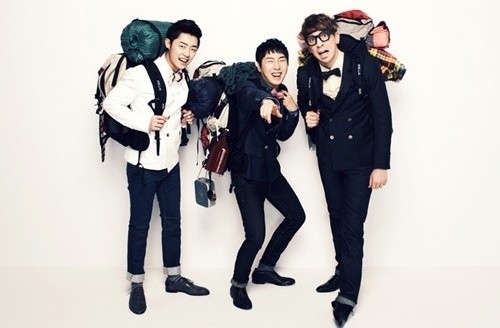 Korean news agencies reported earlier that the three member band Busker Busker has signed with a new agency and are hoping to release a new album next year. It has also been reported that the agency is a newly created one, called Cheong Choon Music.

Sources of Busker Busker reportedly stated, “It seems like they have signed a contract and will start their musical activities soon. I think everyone can expect a new album from Busker Busker next year.”

Cheong Choon Music was created by Mnet‘s music producer Kim Ji Woong. Kim Ji Woong has worked as a producer for many top artists such as Lee Hyori and Son Ho Young. He has also worked with Busker Busker on their first album.

However, on December 16, Kim Ji Woong commented, “We have not signed a contract with Busker Busker and have no plans to do so either.”

Busker Busker, a band consisting of Jang Bum Joon (vocals, guitar), Brad (drums) and Kim Hyung Tae (bass) have been one of this year’s hottest rookie groups. They were the runner-ups for “Super Star K3” in 2011. Their first album achieved a long-running all-kill status on various music charts and have received several awards as well. They are currently on hiatus.

In other news, Brad has tied the knot with his long-time girlfriend of six years and Jang Bum Joon was recently revealed to be in a relationship with a rookie actress, Song Ji Soo for the past year.

Busker Busker
Superstar K3
KPLG
How does this article make you feel?