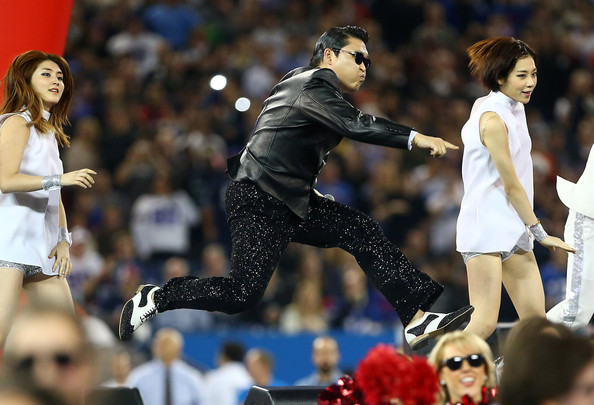 World star PSY has recently heat up the NFL by giving a half-time performance.

On December 16, PSY performed “Gangnam Style” at the half-time show for the Buffalo Bills vs. Seattle Hawks game at the Rogers Center in Toronto, Canada.

PSY blasted off his signature charisma through his horse-riding dance and rapping in the stage that was set up on the middle of the field. He performed in front of a wild crowd of 50,000 people.

PSY sported his signature shades, a crisp white shirt, a black jacket and glittery black pants to pull off that “classy” look. Around the stage stood about 60 Buffalo Bills’ cheerleaders, who danced along with him.

CBC and other media outlets commented, “PSY has captivated the stadium with his flashy performance.”

PSY is currently promoting in the northern part of the States. He has been confirmed to make an appearance on ABC’s “Dick Clark’s Rockin’ New Years Eve 2013“ along with Justin Bieber, Taylor Swift, Carly Rae Jepson and more.