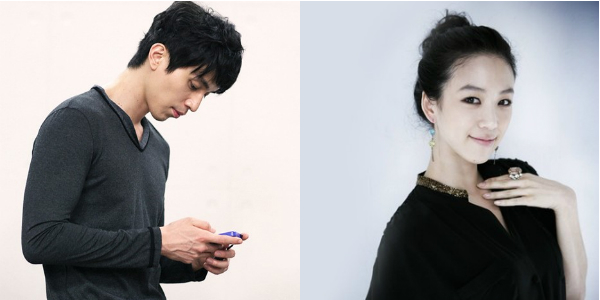 “Strong Heart” host Lee Dong Wook and “The King of Dramas” lead actress Jung Ryeo Won will be the masters of the ceremonies at the 2012 SBS Drama Awards. According to reports in local news agencies, the two actors are set to light up the stage of the annual year-end awards show, which will be held at the SBS Center in Sangamdong, Mapo-gu, Seoul on New Year’s Eve.

It will be the first time for Lee Dong Wook and Jung Ryeo Won to work together as co-hosts, and a ten-year-reunion for both celebrities since their last collaborative project as part of the cast for 2002 SBS sitcom “Do the Right Thing.”

Lee Dong Wook has currently been receiving favorable criticism for his co-hosting stint on “Strong Heart,” while viewers are tuning in every week to catch the latest episode of Jung Ryeo Won’s drama “The King of Dramas.”