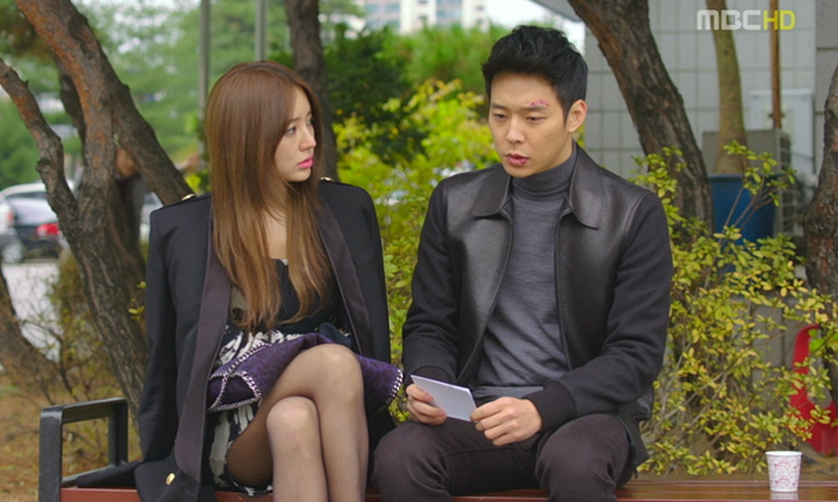 “I Miss You” Episode 13 Preview

Check out the preview for next episode below!

According to AGB Nielsen, MBC’s “I Miss You” recording 11.6% for its latest episode last Thursday. The new series is described as a traditional melodrama about first love and stars Park Yoo Chun (JYJ), Yoon Eun Hye, and Yoo Seung Ho. In the series, Park Yoo Chun plays Han Jung Woo, a homicide detective with a pleasant personality. He holds a painful memory of his first love and his regret of not being able to protect her locked deep inside his heart. Yoon Eun Hye plays Lee Soo Yeon, Han Jung Woo’s first love and the daughter of a murderer. The two fell in love at the tender age of fifteen but had their love snatched away from them. They continue to live their lives, keeping their broken hearts and true feelings hidden. Yoo Seung Ho will rival Park Yoo Chun for Yoon Eun Hye’s affections as the cold-hearted Kang Hyung Joon. He’s described as a man of vengeance behind his gentle demeanor.

Due to the 18th Presidential Elections in Korea, MBC will not be broadcasting the series tomorrow. Instead, “I Miss You” will air its thirteenth episode Thursday night, December 20, at 9:55PM KST

Yoon Eun Hye
Park Yoo Chun
Yoo Seung Ho
KPLG
I Miss You
I Miss You preview
How does this article make you feel?