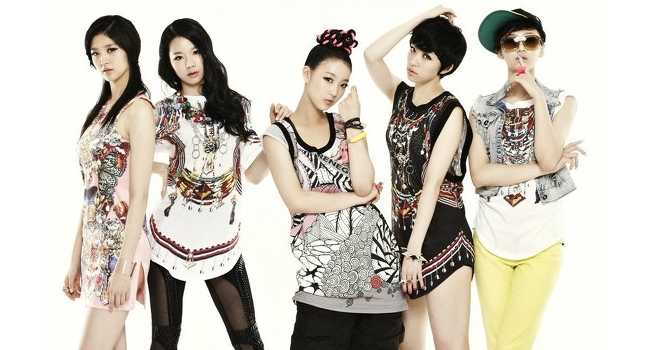 On December 18, just one day before the presidential election in Korea, EXID encouraged fans to vote on their official twitter.

Their message read, “Tomorrow, December 19, is the 18th Presidential Election day! Our votes make our country! Let’s go vote, everyone~” and they posted a picture along with the message.

The revealed photo shows members of EXID holding up a sign that says, “Everybody! We are all adults, right? Let’s all participate in the presidential election. From EXID.”

All members of EXID except for Junghwa, who is still a minor, are eligible to vote in the 18th presidential election. Fans praised EXID’s encouraging messages, “EXID knows what’s up,” “Go vote everyone,” “No Vote, No Rights,” and “I’m too young to vote now, but all the adults, you must go vote!”

Meanwhile, member Hani revealed that she’s been hit on by a male celebrity on the most recent episode of “EXID’s But But TV” and surprised even the members of EXID.

EXID
EXID's But But Tv
Hani
Jeonghwa
How does this article make you feel?