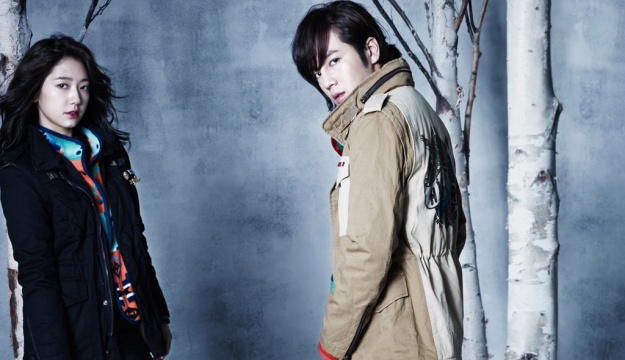 Park Shin Hye: “Jang Geun Suk and I Kissed on Our First Meeting”

Park Shin Hye revealed her first meeting with Jang Geun Suk resulted in a kiss scene. The actress, soon to be seen on tvN‘s “Flower Boy Next Door,” appeared on the December 18 episode of the SBS talk show “Strong Heart” and talked about various work experiences, including the first time she had worked with Jang Geun Suk.

“Jang Geun Suk and I shot a commercial for a cosmetics brand. The product for the ad we were shooting was a lipstick. Jang Geun Suk and I met for the first time on the set,” Park Shin Hye expalined. “We barely said ‘hello,’ and then we had to kiss. I remember shooting the kiss scene while being suspended on a wire too.”

She added, “The kiss scene was a secret all the while, and we didn’t even know the result until the CF was out. We really touched lips. Not long after, we were cast in ‘You’re Beautiful’ and acted as lovers.”

During the episode, Park Shin Hye’s athleticism also became a topic of discussion among the guests present. She was nicknamed “Randy Shin Hye,” in reference to Major League Baseball pitcher Randy Ward when the actress showed herself throwing the ceremonial first pitch.