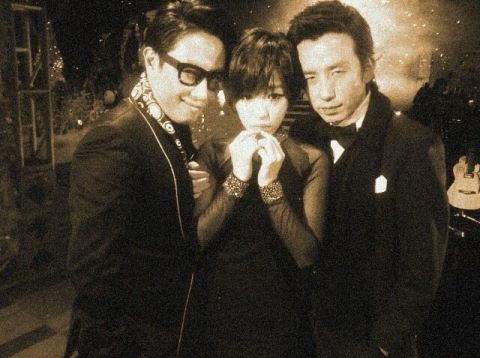 Sexy Ga In Caught In Between “Two Perverts”

On December 18, Yoon Jong Shin tweeted, “This week’s episode of “Sketchbook” will feature Ga In and the two perverts. We hope you look forward to it! Hee hee.” And uploaded the following promotional ad.

In the photo shown, Yoon Jong Shin and Yoo Hee Yul have Gain trapped between them as they stare at camera with percy looks. Ga In front and center wears a comical expression of fear in her eyes while clasping her hands. The three celebrities are scheduled to appear in the next episode of KBS 2TV’s “Yoo Hee Yul’s Sketchbook.”

Netizens who saw the photo commented, “They look pervy”, “I burst out laughing when I saw those expressions” and “They look really adorable.”