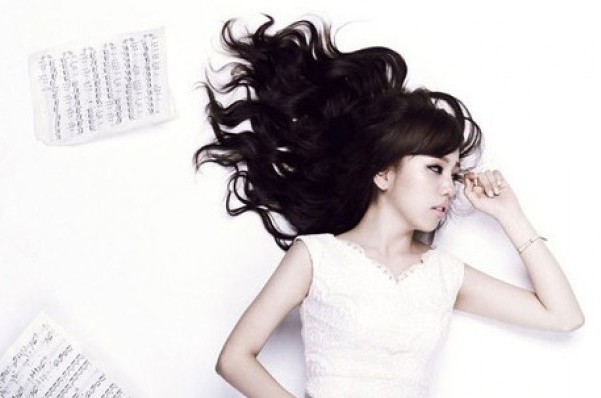 Rookie singer Baek Ah Yeon debuted in September with “Sad Song”, and she took the number one spot on the music charts and is now being dubbed the next OST queen.

As the ratings for SBS weekend drama “Alice in Cheongdamdong” continues to take charge, Baek Ah Yeon’s “Daddy Long Legs”, the third track in its OST which was released on December 15, soars high in unison.

On its immediate release, various music websites such as Bugs and Soribada presented the top list with Baek Ah Yeon’s “Daddy Long Legs” placed in the top. Even on December 16, the song stood as number one on charts, predicting the crowning of a new OST queen.

In the drama, “Daddy Long Legs” carefully expresses the sorrowful heart of Moon Geun Young’s character towards Park Shi Hoo’s. Furthermore, it has been evaluated that the dramatic effects may be escalating due to SBS’s “K-Pop Star” native Baek Ah Yeon’s pure voice.

Numerous comments are being made about Baek Ah Yeon and “Daddy Long Legs” on the official music charts message boards. They included, “Baek Ah Yeon’s voice is very appealing”, “Her voice sounded really nice during the drama, which made me go and listen to the song”.

On the other hand, “Alice in Cheongdamdong” is receiving lots of love and support as ratings are skyrocketing.