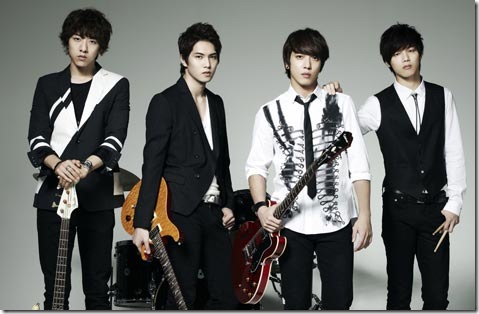 On December 20, boy band CNBlue reached the second spot on the Japanese Oricon daily single chart with its fourth single “Robot.” In just one day, more than 24,001 copies of the single were sold which resulted in this great news.

“Robot” is a song of the rock genre, and it’s about how one does not lose sight of his original intention and attempts to live life of value and integrity.

In related news, CNBlue recently held private concerts titled “CNBlue Live Concert: Blue Night in Seoul” at the SK Olympic Handball Gymnasium, Olympic Park in Seoul on December 15 and 16. Additionally, it’s been revealed that the group will make their comeback in January.

As for the leader of the group, Jung Yong Hwa recently won the Hallyu Star Award at the 2012 K-Drama Star Awards.

CNBLUE
KPLG
Oricon
Robot
How does this article make you feel?