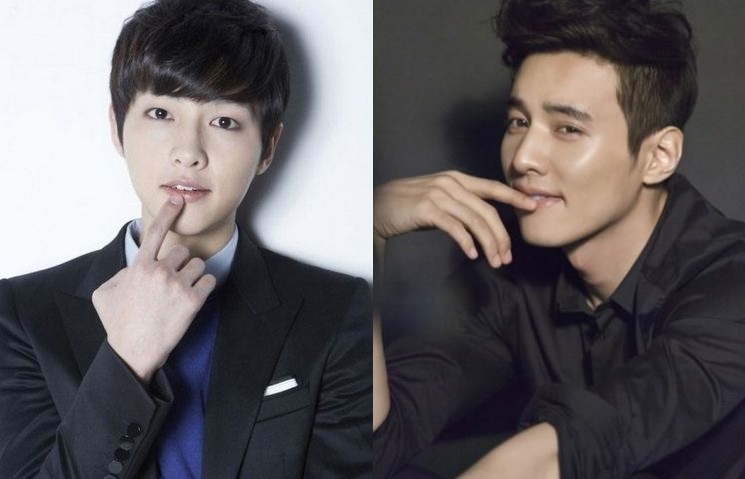 Who Wore It Better: Song Joong Ki vs. Won Bin

Actors Song Joong Ki and Won Bin have worn the same coat, and netizens are currently voting as to who wore it better.

Song Joong Ki seemed to have worn a brown-colored tailored coat on the recently ended KBS drama “Nice Guy.” As for Won Bin, he wore the same coat for a magazine pictorial.

Many believe that whereas Song Joong Ki gives off a sweet and warm autumn-like allure, Won Bin shows off a chic and semi-formal vibe with a knitted sweater.

Netizens who viewed these two pictures wrote, “The two have that special something no one can ever imitate,” “Their handsome faces make the clothes stand out even more,” and “The mood that surrounds each of them is totally different.”