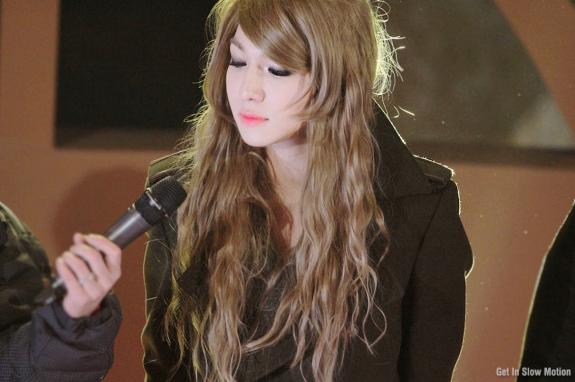 On the Mnet special “Super Star K4ever – Special Track,” fans were able to catch up with the top 12 contestants as they prepared for their concert, went on one-on-one dates with fans, recorded at a studio, and shared stories with their friends.

Dickpunks, the popular indie band, had promised that they would cross-dress as a girl group if they win, but they fell short by losing to Roy Kim. However, the group fulfilled their promise anyway by cross-dressing as a girl group for Roy Kim’s performance. After rigorous choreography practice, they gave a hilarious performance. Dickpunks isn’t the first “Super Star K4” contestant to go drag; Jung Joon Young also received internet fame for making a pretty girl.

Also in the episode, Roy Kim became the victim of a Hidden Camera by fellow contestants Honey-G and Yoo Seung Woo. With the hidden cameras in place, Roy Kim was invited to a fan meeting and was captured looking helpless and confused as his “passionate fans” staged a brawl in front of him.

With that Roy Kim also met actress Lim Soo Jung and shared a pictorial with Jung Joon Young. Additionally,it’s been revealed that all the contestants will record and have a photo shoot for their upcoming album.

The special episode, narrated by Yoo Seung Woo, will air on Mnet on December 21 at 11pm.