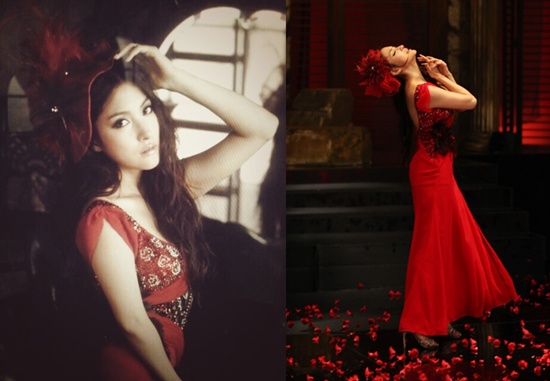 In the two revealed photos, Gyuri clasps both hands in an elegant pose with her scarlet red dress and flower hair accessory. The photos were taken during her music video shoot and will be featured in the album jacket as well.

The agency also tweeted the news of Gyuri’s surprise solo performance by stating, “Gyuri as a Goddess of the tango! D-3!” and gave fans excitement over her comeback.

Gyuri will be performing her solo track “Daydream” by expressing its spicy flavor in a festive tango dress. She will also be featuring acting skills as well as vocal skills on stage, similar to a musical experience for all her fans. Sources say the singer has been preparing night and day for her solo performance.

In related news, Gyuri released her solo track “Daydream” just last November and will be performing it on SBS’s “Inkigayo” as part of her surprise comeback stage on December 23.

Gyuri
KARA
KPLG
Daydream
How does this article make you feel?