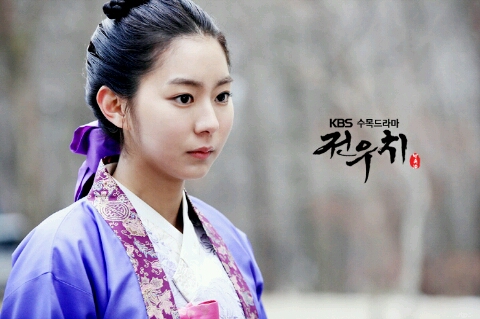 “Jeon Woo Chi”s latest preview sure is a chewy one.

[Spoiler below the picture]

In order to prevent Ma Sook’s actions, Jeon Woo Chi pays a visit to the merchantman So Chil (Lee Jae Yong) who requests to meet with the king. Evidently, Jeon Woo Chi’s spiritual powers are weakened so he is unable to change Bong Gu (Suh Dong Ill) back into his normal self. Also, he is incapable of using his speedy agility to go where the moonlight casts.

King Lee Guh (Ahn Yong Joon), hearing Jeon Woo Chi’s plea, asks, “Is the Jeon Woo Chi person really that skillful?” I also would like to meet with him,” he responded. Afterwards, Jeon Woo Chi makes himself known before the king.

The King asked, “Are you Jeon Woo Chi?” He nods in return when King Lee Guh shouts, “Seize this criminal at once!” At that moment, Lee Guh’s people who were hiding appeared out of nowhere and surrounded Jeon Woo Chi. The episode ends with Jeon Woo Chi about to get arrested.

The preview of the next episode was shown where Hong Moo Yeon (Uee) sheds tears; she and Jeon Woo Chi lie down facing each other looking happily together, which heightened the viewer’s curiosities.