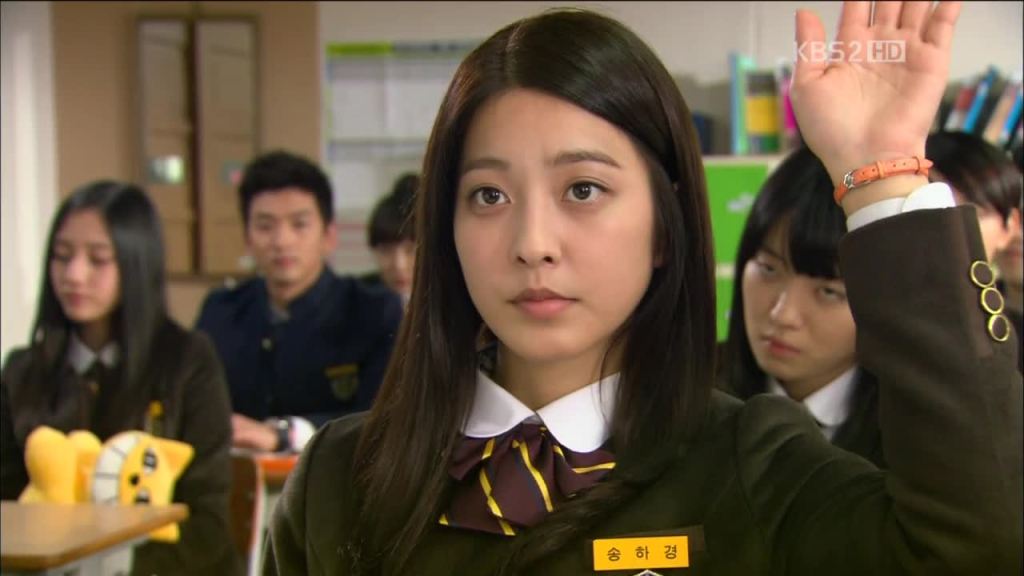 [Outside Seoul] Everything I Need to Know, I Learned from Korean Drama

Anyone that’s watched more than a few K-Dramas will get some serious giggles from this post. Enjoy this week’s life lessons from our special guest blogger from Outside Seoul.

When I first started watching Korea dramas more than a year ago, I never would have guessed how much the genre would have to teach me. Below is a brief accounting of its indispensable wisdom.

Ramen will make your face puffy. (But it’s worth it.)

Noble idiocy is the fourth leading cause of death in Korea, after cancer, dangerous intersections, and constipation.

In spite of a global population skewed toward females, every relationship begins as a love triangle between two men and one woman.

If there’s a pool, someone will almost drown in it.

If there’s a glass of water, it will be thrown in someone’s face.

No matter where you go or what you do, your first love will find you. (Especially if you met as children and were then tragically separated. Then there’s really no escape.)

Brooding is best done in the shower.

Prosecutor Princess: I feel your pain, Park Shi Hoo, but I’d rather feel your abs.

Most “off” buttons on cell phones don’t actually work; to be sure no calls come through, you must remove the phone’s battery.

Twenty is the new sixteen.

After dark, it’s fine to drink your body weight in soju. Drinking as much as a sip before the sun sets, though, is an indication of a serious drinking problem.

Tying your head-towel in the most complicated way possible is key to fitting in at the sauna.

Gravity in Korea has a very special property not seen in other nations: any falling human being will inevitably fall onto the lips of another human being.

There are two kinds of noribang singers: the laughably bad and the Kpop-idol good.

Protect the Boss: Exhibits A and B.

Approximately one third of all Koreans own their own department store or upscale hotel. The other two-thirds make a living by delivering milk and sewing on doll’s eyes.

A meal without rice is not a meal.

Always insist on a blood test before the wedding. Odds are in the upper 40 percent range that your husband-to-be is also your brother.

In Korea, it’s impossible to leave your house without seeing a dramatic public declaration of love.

No blind date in the history of the world has ever resulted in marriage.

The smaller your face, the more attractive you are. (Say Korea and Beetlejuice.)

Boys over Flowers: “Are you crazy, Ji Hoo? There are children here.”

Have a bad day? No problem. Just go to the hospital for an IV drip of some nameless fluid, no questions asked, no reasons given.

Korea is comprised of three locations: Seoul, Busan, and Jeju.

All Koreans have giant framed photos of themselves on hand at all times, just in case they die suddenly.

Two classes of people use mini-vans: Celebrities and kidnappers.

Flawless skin is only as far away as the nearest paper face mask and sliced cucumber. (Unfortunately, that’s very far.)

Adding “yo” at the end will solve all your problems.

Hospitalized people are very easily confused, which is why “hospital” should always be written on their clothes in at least one language.

At any given moment, most of Korea’s adult population is studying abroad.

The best kimchi comes from unrefrigerated jars stored in the backyard.

Fermentation Family: “Let me get this straight. We’re going to eat produce that has been out here how long?”

The ultimate signs of true love are: unsolicited sharing of earbuds, straightening of discarded shoes, and couples pajamas.

In every story, there’s a second lead. Don’t be it.

If you’re good, hardworking, and kind, you will always win in the end. Or die.

For more K-Drama reviews and commentary, visit Outside Seoul.

Boys Over Flowers
Protect the Boss
School 2013
Fermentation Family
How does this article make you feel?