In SBS‘s weekend drama “Alice in Cheongdamdong,” Park Shi Hoo embraces Moon Geun Young’s touch with his body and mind as the status of their relationship is revealed.

Scroll down to read the spoiler! 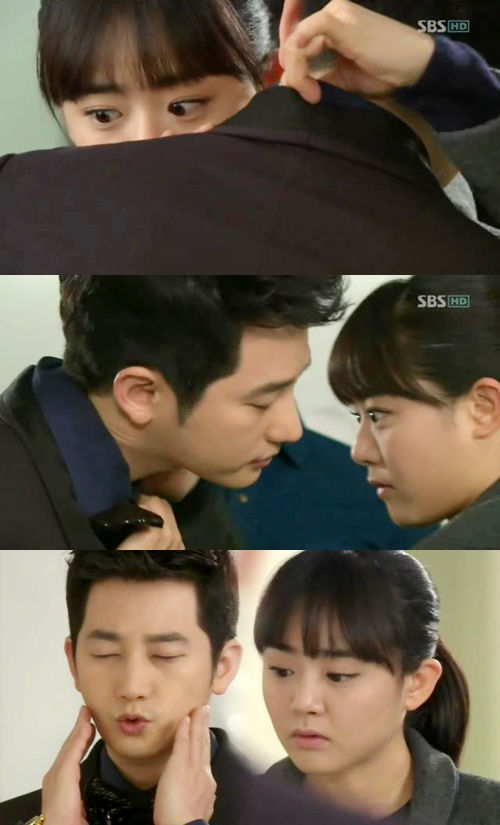 In the episode broadcasted on the evening of December 23, Cha Seung Jo (Park Shi Hoo) receives Han Se Kyung’s (Moon Geun Young) styling. Se Kyung, who is unaware of Seung Jo’s identity as Jean Thierry Cha, the CEO of Artemis, gives him a directors’ styling, explaining the details to him. When she gets close to measure him, Seung Jo becomes aroused by Se Kyung’s detailed dress coordination. He is unable to withstand her handling and flinches every time Se Kyung touches his neck and shoulders. Realizing his true feelings, Seung Jo reiterates to himself, “Must get the right timing.”

“Alice in Cheongdamdong” will airs every Saturday and Sunday nights on SBS at 9:55PM KST.