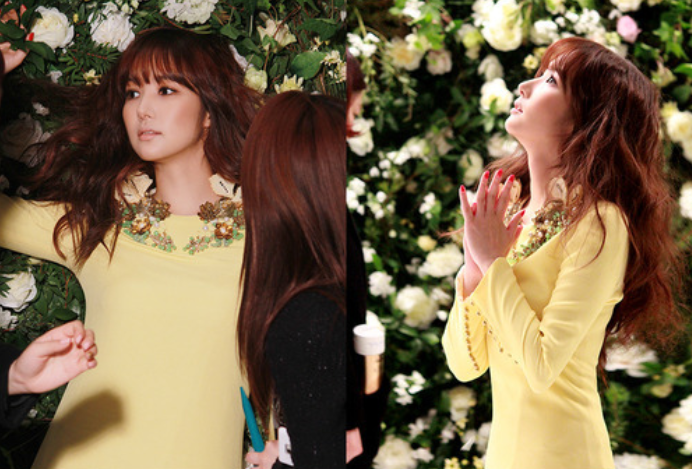 In the pictures is Park Min Young looking feminine and beautiful. In number of photos, Park Min Young is wearing a pastel-yellow dress and is leaning against the wall of flowers. In another picture, she looks comfortable and sexy in a simple striped shirt and a pair of jeans.

Staffs from the shoot later revealed that Park Min Young was able to create various atmospheres from uniquely exotic to traditionally oriental.

At an interview, Park Min Young revealed, “A while back, I used to volunteer to teach English to underprivileged kids. As I helped these children, I felt like I gained something from it and I was felt thankful.”

When asked about her future plans, Park Min Young answered, “I’ve been taking a break for past four months, and I had a great time. I think I am now too old to be playing girly roles anymore. I want to improve my acting skills and find a meaningful character to play.”

Meanwhile, Park Min Young has no confirmed plan for her next project.