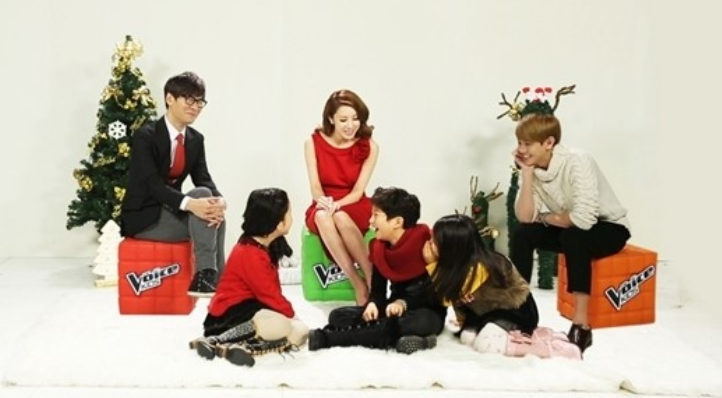 On December 24, the officials of Mnet’s “Voice Kids” released the photos of coaches Yoon Sang, Seo In Young, and Yang Yoseob at the Christmas party with the contestants.

In the pictures are the coaches and the children having fun in a room adorned with Christmas tree and other bright decorations.

Staffs later revealed that the three coaches doted on the children. They had good conversations with each other, and had a great time together.

CP Oh Gwang Suk announced, “‘Voice Kids’ is to be a family show. Unlike the other audition programs, it will be heartwarming and appropriate for all ages.”

He continued, “Yoon Sang will act as the father, Seo In Young as a teacher, and Yoseob as a kind older brother. The kids will grow and improve with unique coaching from these capable hands, and I hope the viewers look forward to it.”