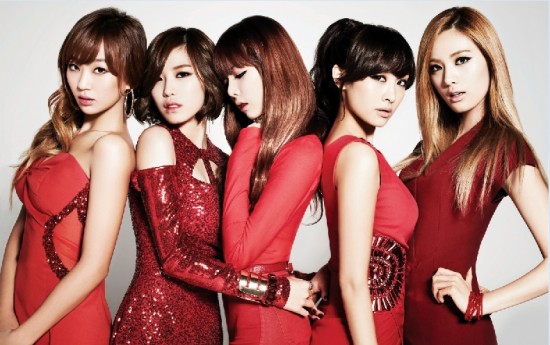 The idol project groups for the “2012 SBS Korean Music Festival – The Color of K-Pop” have been created and a still of the first project group has been released.

The first project group “Dazzling Red” has been formed and a still was released, which shows Kara‘s Nicole, SISTAR‘s Hyorin, Secret‘s Jun Hyo Sung, 4minute‘s HyunA and After School‘s Nana. They are all dressed in red outfits and are showing off their sexy charms. The “Dazzling Red” team is to show off a flashy and alluring performance.

The project teams were created through viewers’ voting through a mobile app and the SBS “Inkigayo” website.

The four teams will perform songs that are produced by Korea’s top hit song writers and producers such as Brave Brothers, Shinsadong Tiger, Kim Do Hoon and Sweet Tune.