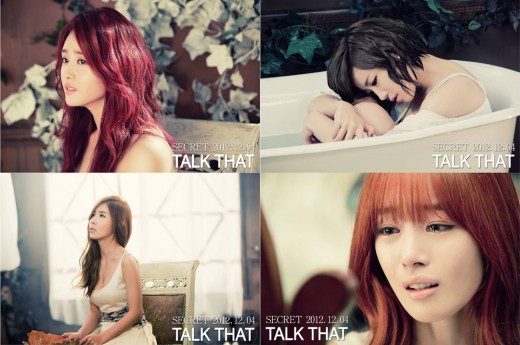 Secret To Resume Activities without Zinger Who Is Still Recovering

Secret has recently suffered a car accident on December 11 and had to put a hold on their activities for two weeks. However, they have announced that they will resume promotions without Zinger, who suffered serious injuries.

Jun Hyo Sung, Han Sun Hwa and Song Ji Eun have almost completely recovered after receiving treatment and care. However, Zinger, who has broken ribs and bruised lungs, still needs to rest. So she cannot join the rest of the group for the year-end activities.

Zinger reportedly received physical therapy last week and she is currently at her parents’ home in Kyeongki-do to rest and receive treatment there.

Secret has only began promotions for “Talk That” for about a week when this accident unfortunately took place. “Talk That” is written by the hit song writer, Shinsadong Tiger and fans are curious as to how Secret will show themselves at the year-end ceremonies.