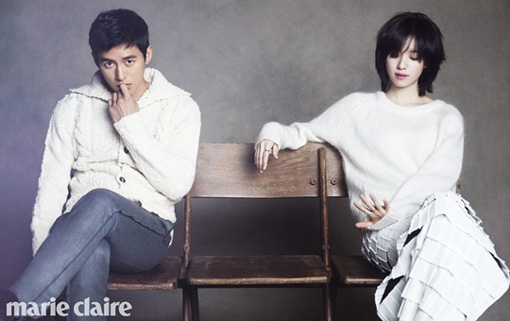 “Love 911 (aka Band-Aid)” co-stars Go Soo and Han Hyo Joo posed like a couple for the fashion magazine “Marie Claire.”

In the interview that followed the shoot, they said, “I think this is the project that broke both of our acting boundaries,” and they also spoke about what “Love 911” meant to them individually.

This couple photo shoot and interview can be found in the January edition of “Marie Claire.”