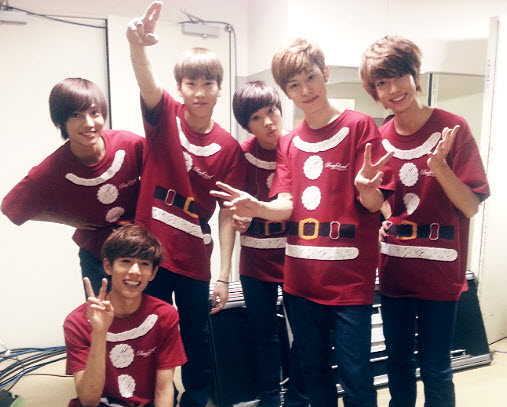 Boy idol group Boyfriend held five concerts at the Tokyo Dome in Japan from December 22 to 24, where they met with more than 12,500 Japanese fans. All five concerts were sold out as well.

Even though it was their first live Christmas concert in Japan, all tickets were sold out in advance in a very short time. Japanese officials who were present at the concert stated, “Even though it hasn’t been a year since Boyfriend debuted, their success is unbelievable. They really stand out from among the K-pop idols who perform in Japan.”

Boyfriend made their official Japanese debut in April of this year, and since then, they have gradually gained immense popularity from the Japanese fans.

Boyfriend
KPLG
Oricon
Christmas live concert
How does this article make you feel?