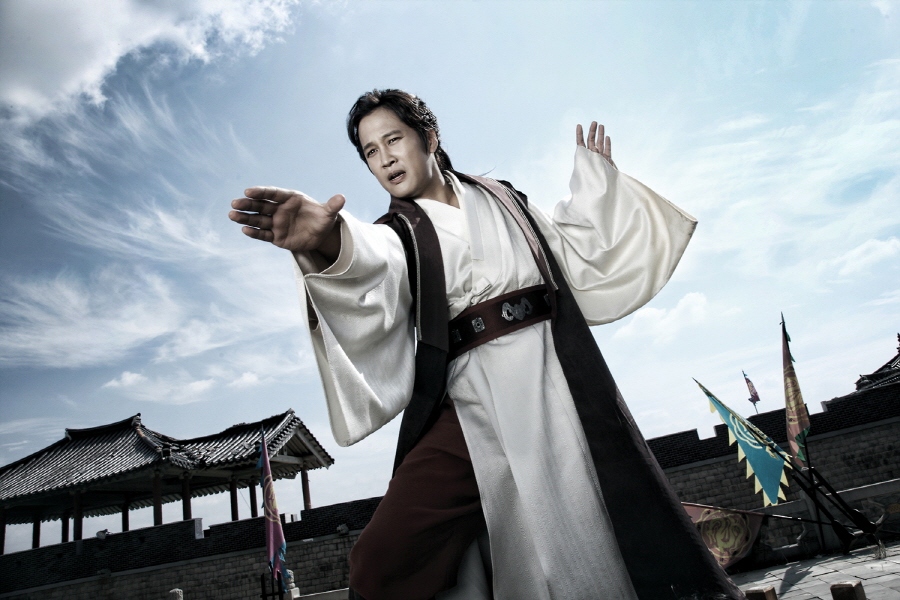 Cha Tae Hyun had an extreme make-over as a giseang from the Joseon Dynasty.

In the 11th episode of KBS drama “Jeon Woo Chi,” which airs on December 26, Cha Tae Hyun transforms himself into a giseang named Chuwar.

The shooting of the episode took place on a set located in Suwon, Gyeonggi-do on December 21. In order to transform himself into a female character, Cha Tae Hyun meticulously picked his costume and make-up. Even after he got ready, he constantly checked the mirror to make sure everything was perfect.

While Cha Tae-hyun was waiting to shoot a scene, he did an impressive and comical job of showing off his feminine side. Everyone on set laughed when he covered his mouth with his hand and laughed, and also when he covered his chest before bowing to greet someone. He constantly made other cast and crew members laugh with his imitations of a giseang’s unique and distinctive charm. Even after the shooting, the star continued to act like a giseang by keeping the costume on and going all over the film set to talk with people.

Chorokbaem Media representatives was quoted as saying, “The actor provides excitement and laughter to the viewers by attempting to transform himself into various characters every week. Because of his funny and bright personality, he creates a friendly atmosphere for the crew and fellow actors.