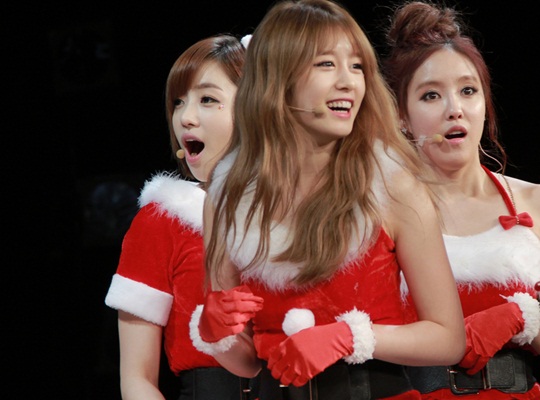 T-ara spent their Christmas with 3,000 Japanese fans. The fans received a real treat as T-ara transformed into sexy Santas! On December 25, T-ara’s fan meeting was held at the Tokyo Tokyo Dome City Hall. The seats in the hall were filled.

T-ara sang their hit songs and also Christmas carols befitting the holiday spirit. On December 27 they will hold another fan meeting in Osaka for the fans that didn’t get to spend Christmas with their favorite female idol group.

Here is what T-ara will be up to next. After the fan meeting they will return to South Korea on December 28 in order to appear in different K-Pop programs. In 2013 T-ara is planning a Japanese Arena Tour that will hold concerts for audiences of 10 to 20 thousand.