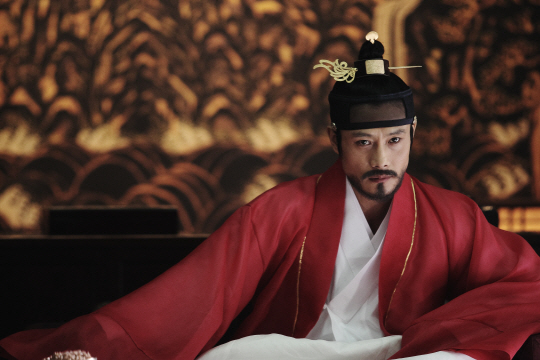 Lee Byung Hun was listed as first place on Korea’s Gallup “Movie Stars Who Shined the Year of 2012” for his appearance in the film “Kwang-Hae: the Man Who Became King.”

Between November 15 to 30, Korea Gallup ran a poll. Those who participated in the survey, which consisted of men and women 13 years and older, 37.6% of the people voted Lee Byung Hun for the title. The actor was awarded first place for the second time. He took home the title back in 2009. Lee Byung Hun played a double role in the film “Kwang-Hae, the Man Who Became King” as Kwang-Hae Kun and storytelling drinker Ha-Sun. The movie exceeded 12 million views and took third place in domestic box office history. Furthermore, Lee Byung Hyun won best actor award at the 49th Dae Jong Film Festival.

Lee Byung Hun received much love from all age groups, with the exception of women in their teens. Ratings were particularly high with men in their 20s and women in their 30s.  Song Joong Ki took second place with his role in “Werewolf Boy.” Song Joong Ki won 15.0% of votes. On December 24, the actor was first place on the Korea Gallup list of “Talents Who Shined in the Year of 2012,” making the year his own. His co-star Park Bo Young received 4.2% votes, taking home eighth place.

At fourth place was Jang Dong Gun, who starred as Casanova Seipan in “Dangerous Affair,” while testing his love between Zhang Ziyi and Jang Baek Ji. The actor won 7.4% of the votes. Ha Jung Woo from “Nameless Gangster: Rules of Time” received a total of 6.4% votes, making it to the top five list as well. This survey was conducted in a manner of individual interviews with a total sampling error of ± 2.4% points (95% confidence level).