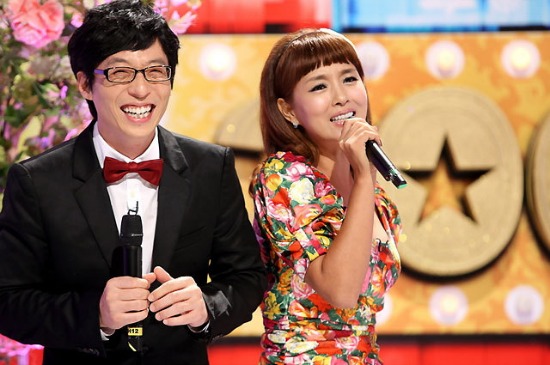 “Come to Play” MC Kim Won Hee bid farewell to the talk show she co-hosted with Yoo Jae Suk for eight years. On December 26, Kim Won Hee posted on her personal Twitter account, “I love you, long-time viewers,” along with a photo of her and the hosting panel, including Yoo Jae Suk, Eum Ji Won, Kim Na Young, the recently added host Super Junior’s Eunhyuk, and Jay Park.

In the photo she posted, everyone is holding up a sign that reads, “Viewers! We will never forget you. Thank you.” The MBC talk show had begun broadcast in 2004 and came to an abrupt end with its last episode aired on Christmas Eve.

Like earlier reported, the show’s ending came as a surprise, which caused the cast and staff to film the last episode without a proper farewell. Upon the news of the cancellation, viewers and netizens reacted with outrage at MBC’s decision. It was reported that MBC decided to cancel the show as it was dragging in the ratings.