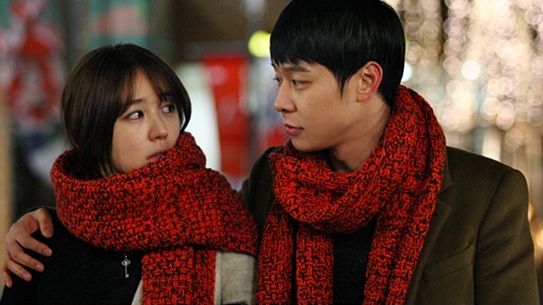 Park Yoo Chun and Yoon Eun Hye look great together as a couple, in their couple scarfs! The adorable couple of MBC’s “I Miss You” moved the hearts of whoever had the chance of seeing them.

In the drama Park Yoo Chun’s character ends up buying a red scarf that is the same one as Yoon Eun Hye’s character. Isn’t that cute?

“I Miss You” is a complex emotional drama involving the daughter of an accused murderer.

Yoon Eun Hye
Park Yoo Chun
KPLG
I Miss You
How does this article make you feel?