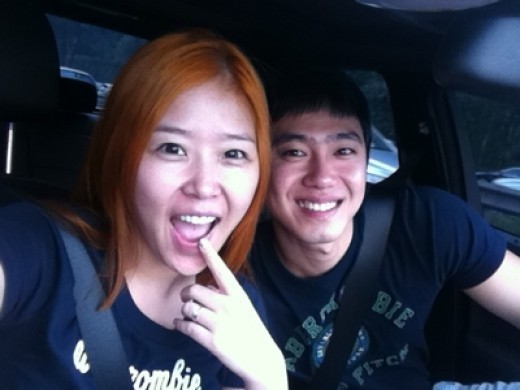 A close acquaintance of Koyote’s Shin Ji and basketball player Yoo Byung Jae revealed, “Due to the differences in their personalities, they decided to break up. They have been greatly stressed every time the breakup rumors surfaced. They thought this would be the best solution for them. They still care deeply for each other and hope to remain friends.”

Shin Ji and Yoo Byung Jae have started to secretly date April last year and went public in September 2011. To her friends’ envy, Shin Ji used to show abundant love and support for her athlete boyfriend.

As with any other celebrity couples who have gone public. Shin Ji and Yoo Byung Jae could not avoid breakup rumors. Both parties denied the breakup and stated they were very much in love. However, with the continued rumors, it appears that it was too much for the couple to handle.