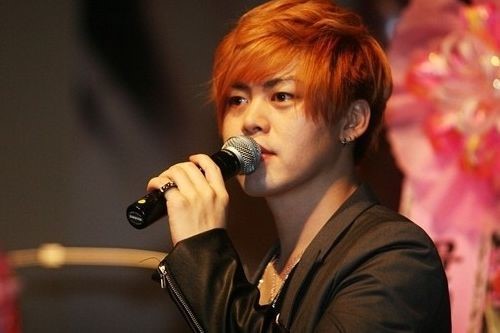 On December 27, KBS2 “Happy Together Season 3,” Jung Jun Ha, Park Ji Yoon, Moon Hee Jun and Sayuri made special appearances on the “Food God” special. During the episode, the nighttime kiosk was the focus, making it a dynamic episode.

Moon Hee Jun stated, “I had to date in secret during H.O.T days. So I dated secretly in a car.” He customized his car in order to meet with his girlfriend, “I used the back part of the front car seat as a table. If I put in $150-$180 more it would become an automatic system like those used in in-flight meals on planes.”

Moon Hee Jun, who wanted to watch a movie with his girlfriend, explained, “I set up a beam projector on the ceiling of my car. With enough dark window-tinting it turns into a movie theater. The meal was prepared individually, and we shared it on a character plate.”

He then stated, “You get tired of good things after a while. The longest relationship I had lasted about a year.” He ended the story with “My ideal woman is someone who eats well and has a huge age gap.”