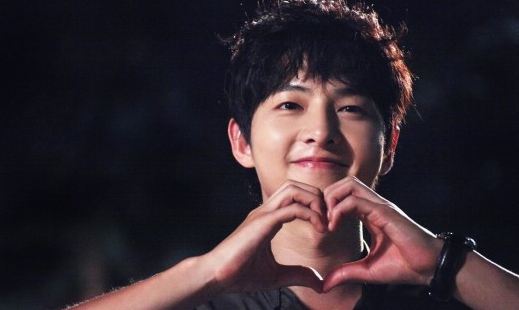 Song Joong Ki revealed that he regrets not being a “Campus Couple” and it’s attracting much attention. (authors note: “Campus Couple” is a coined term meaning “a dating couple from the same campus.”)

On December 27, he appeared as a guest with “Wolf Boy” co-star Park Bo Young on SBS’s radio program “2 O’Clock Escape Cult Show” and talked about his college life.

Song Joong Ki shared, “I haven’t made my debut yet when I was a freshman and still attended college when I did. That’s why the students on campus treat me normally.”

Currently a senior at Sungkyunkwan University, Song Joong Ki went on, “I have never asked out a female student since I attended this school.” He added with a smile, “I regret not becoming a campus couple.”

Netizens who heard his commented shared their thoughts, “I wish I could attend the same university,” “Song Joong Ki seems like he’s very popular,” “The girls he would’ve confessed to are probably regretting it too right now.”