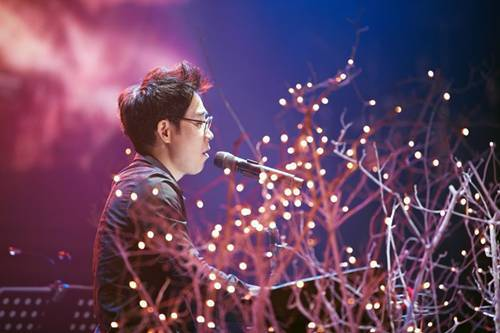 During the concert, Kim Yeon Woo heard from the official that one of the tickets sold was returned because the buyer had died. His fan, who bought the ticket well in advance, died and could not make it to the concert. Kim Yeon Woo went up to the stage and quietly told the story to the audience. As he started to sing the song “I Loved You,” Kim Yeon Woo started to cry and surprised everyone. Kim Yeon Woo then sadly stated, “I apologize for my outburst during the show. I hope he is in a better place.”

Netizens who heard this news commented, “No wonder Kim Yeon Woo cried. I completely understand how he felt,” “I felt so sad when I heard the news,” “Kim Yeon Woo has such a kind heart,” “I’m sure that fan appreciates Kim Yeon Woo for his thoughts,” “Rest in peace.”

Kim Yeon Woo
KPLG
miscellaneous
How does this article make you feel?