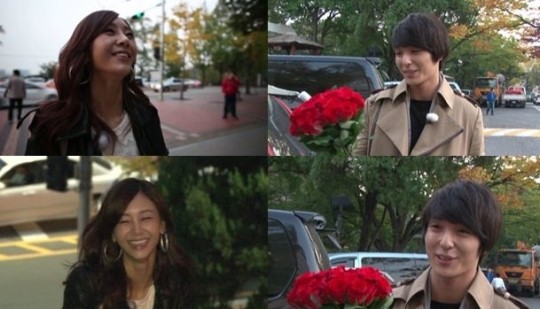 G.NA and FT Island’s Jong Hoon Go on a Date

A picture of solo singer G.NA and FT Island leader Jong Hoon looking excited to go on a date has been shared online recently.

On the December 30 broadcast of tvN’s “The Romantic & Idol,” the K-Pop idol contestants met for a first date for the second season of the show.

The idols went on a three night, four day trip to Jeju Island, where they were able to date one another. In the show, the contestants would show their interest to one another at midnight on a section called “Midnight – Room of Truth.” Once the couples were formed, the idols would go on dates and complete missions like “Reenact Movie Scenes.”