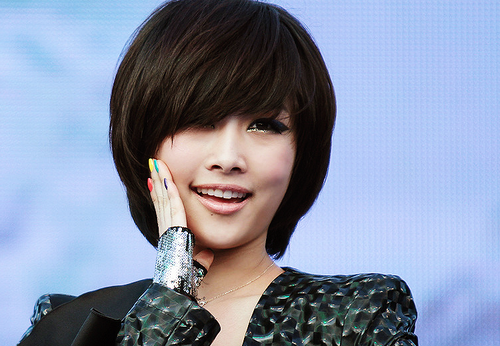 Nicole recently snapped a photo while practicing with fellow KARA members at the dress-rehearsal session for the 2012 KBS Music Awards.

On December 29, she tweeted, “I didn’t want to risk falling asleep, so I took a selca…I hope you all are excited for our performance!” and uploaded the following photo.

In the photo, Nicole is dressed warmly in a black parka with the hood over her head and her mic piece is visible next to her cheek. She wears make-up for the dress rehearsal and smiles like a cf model into the camera.

Netizens, who saw the photo, encouraged the singer saying, “You’ve gone through a lot, please make sure to take care of yourself and not get sick!” “I will be waiting patiently for your performance!” and “Nicole you are so adorable, fighting!”

KARA
Nicole
KPLG
KBS Music Awards
How does this article make you feel?