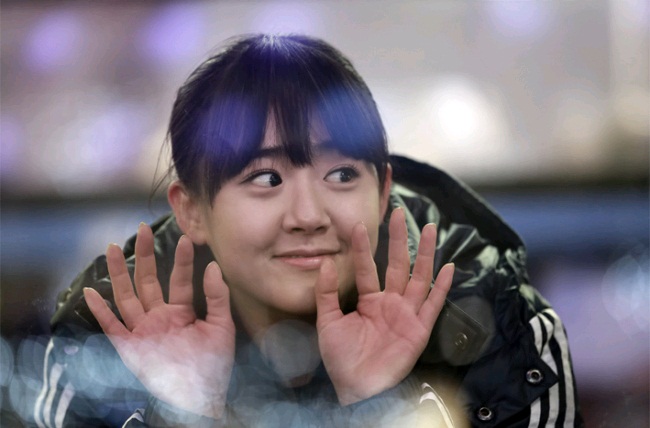 New pictures of actress Moon Geun Young peering through a window has recently been shared online.

The pictures were taken when the actress, who plays the character Han Sae Kyung in the SBS drama “Alice in Cheongdamdong,” gave cute greetings from inside a bus during the drama shooting. In the pictures, Moon Geun Young looks like an adorable child with her bright eyes and bangs. She beams brightly at the camera and in another she seems to be distracted by something to do the side.

It’s been said that despite their busy schedules, Moon Geun Young and the other actors of the drama have been diligently working on portraying their characters.

Recently in “Alice in Cheongdamdong” Park Shi Hoo’s character confessed that he knew the truth to Moon Geun Young and further drama and complications are expected to arise between the characters.