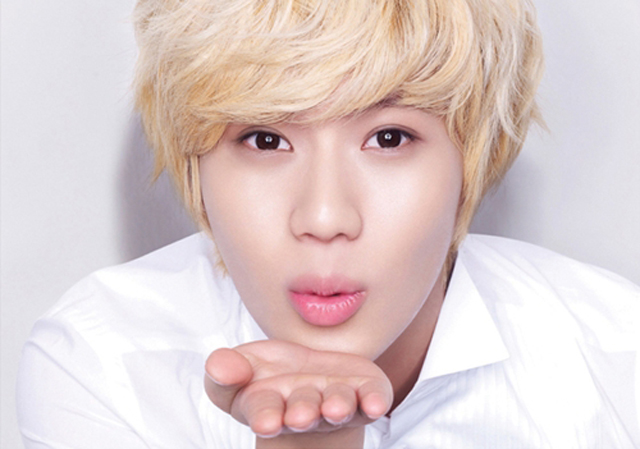 Oh no! SHINee‘s Taemin has accidentally ripped his pants during a performance on live TV.

On December 28, the 2012 KBS Music Awards took place on live TV. Taemin along with the other SHINee members gave a charismatic performance that involved intense dancing. Due to the dancing and the tight outfits, Taemin’s pants unfortunately ripped and his underwear was flashed.

SHINee performed their hit “Sherlock” during the second half of the award show. The group was captivating the audience and viewers with their powerful choreography and perfect live singing. But towards the end of the performance, Taemin’s pants ripped and flashed his underwear. However, Taemin didn’t lose his nerves and kept his cool while finishing his performance strongly.

Netizens who saw this commented, “SHINee’s live performance was perfect. But they should’ve made the outfits with stronger material considering their intense dance moves,” “I bet he was so embarassed afterwards,” “It’s a relief that his underwear was a dark color,” “He must have known something was wrong but he wasn’t shaken and kept his cool until the end – definitely a pro,” and many more.

Accidents like wardrobe malfunction isn’t a rare happening in the K-Pop world. For example, world star PSY once ripped his pants during live TV in the past. Girls’ Generation‘s YoonA and T-ara‘s Jiyeon also shared on variety programs that their pants have ripped during a live performance in the past as well!

SHINee
Taemin
KPLG
2012 KBS Music Awards
How does this article make you feel?