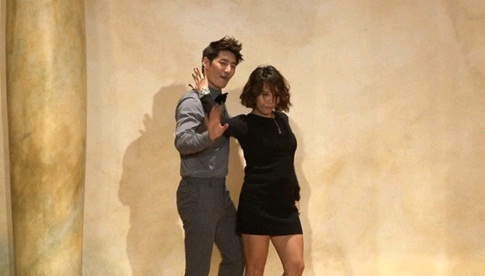 One of the special performances was of Shin Bong Sun and the MC Son Ho Young dancing to “Troublemaker” (originally performaed by 4Minute’s HyunA and BEAST’s Hyunseung), and it has already gathered a lot of interest. Although the two could not practice very much, Shin Bong Sun did her best to be as sexy as HyunA and Son Ho Young was able to lead Shin Bong Sun in the dance like a gentleman.