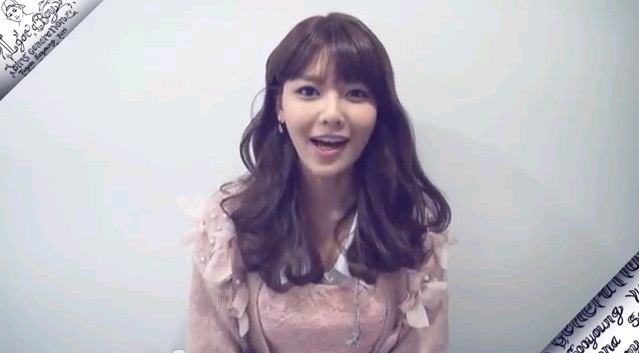 It is D-2 until the release of Girls’ Generation‘s 4th album, “I Got a Boy”! We have already seen eight of the video message, including yesterday’s D-3’s Jessica. Finally, the last member Sooyoung gives her special video message.

In the video Sooyoung gives her greetings and said , “There are just two days left in 2012 now. Are you wrapping up the year well? I wonder if you have planned any new year hopes for 2013. If I had a wish. it would be that Girls’ Generation’s upcoming comeback album ‘I Got A Boy’ is successful. Girls’ Generation will hope that you make each wish you have written down for the new year comes true.”

She then announced that the next video in the countdown will be a special 4th album highlight medley video.

Sooyoung has also been in the news recently for her dating rumors with actor Wonbin, which both parties dismissed.

Girls' Generation
Sooyoung
KPLG
How does this article make you feel?