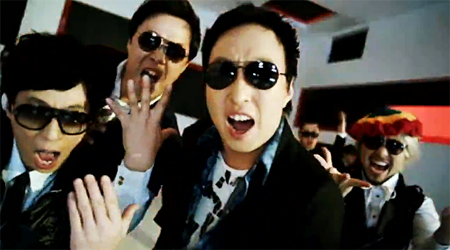 The 2012 MBC Entertainment Awards were held on December 29. Park Myung Soo triumphed over other strong candidates, including Yoo Jae Suk, and won the biggest award of the night.

During his acceptance speech, he said, “I wasn’t going to cry but tears are forming.”

Park Myung Soo worked hard in the entertainment and variety program field in MBC this year. He was part of four different programs including “Infinity Challenge,” “I Am A Singer,” “Magic Concert – This Is Magic,” and “Most Consecutive Wins Quiz Show.”

Park Myung Soo often called himself the “second-in-command” next to Yoo Jae Suk. However, he has finally succeeded in winning the Grand Prize after a long time of waiting.

Another highlight of the night was the interview between the two most prominent MCs of Korea, Yoo Jae Suk and Kang Ho Dong. Though it had been a while since they showed chemistry on screen, the two MCs made many viewers laugh with their witty antics and remarks.

Congratulations to Park Myung Soo and all the other winners!