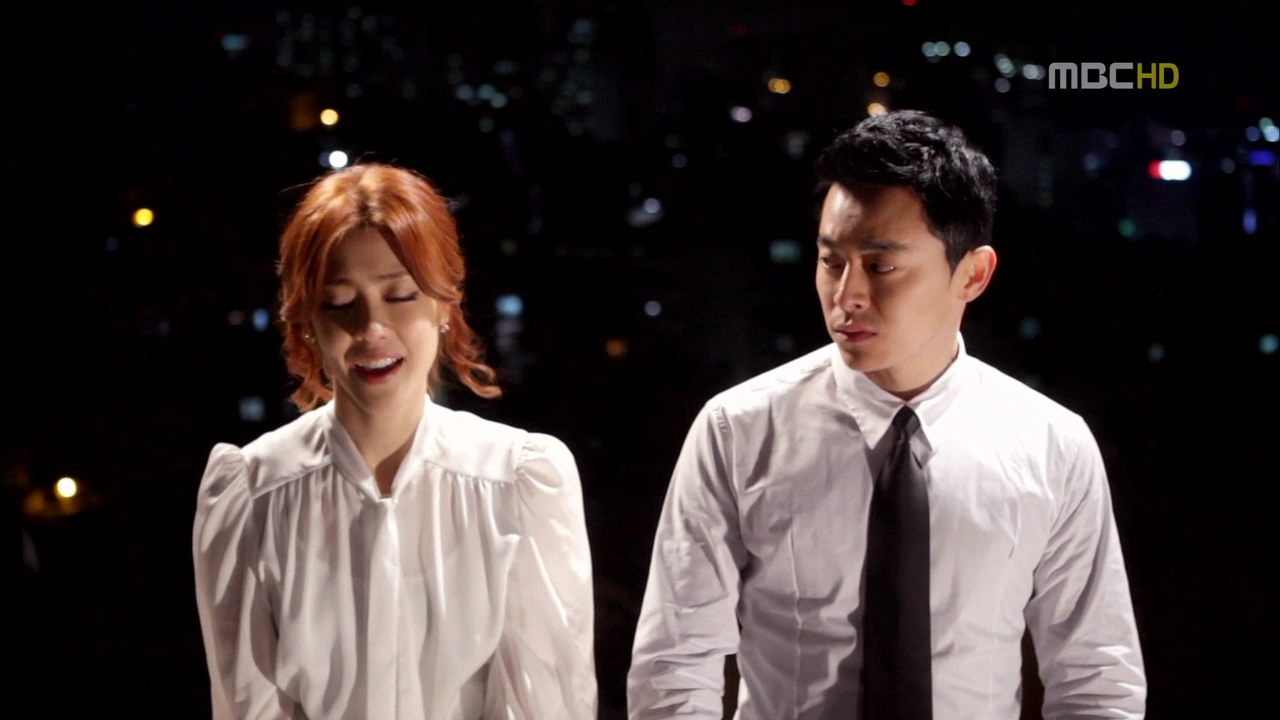 The 2012 MBC Drama Awards were held on December 30 and actors Jo Jung Suk and Lee Yoon Ji, co-stars for the drama, “The King 2Hearts,” were presenters for the Best Child Actor/Actress awards.

The two actors showed a warm and lively chemistry although it was the first time in a while since they appeared in a public event together after their drama ended. Lee Yoon Ji played the role of a princess in the drama so Jo Jung Suk greeted her by saying, “Princess, how have you been?” Then Lee Yoon Ji also greeted him warmly.

Jo Jung Suk suddenly said, “We are not dating.” After seeing Lee Yoon Ji’s surprised face, Jo Jung Suk quickly added, “Those kinds of rumors keep spreading,” and wrapped it up with “I guess that just means we look that good together.”

Lee Yoon Ji couldn’t hide her surprised feelings but smoothly said, “With that strength, I think we need to present the next award,” making everyone laugh.

Meanwhile, the awards ceremony was hosted by Kim Jae Won and Son Dam Bi on this night.