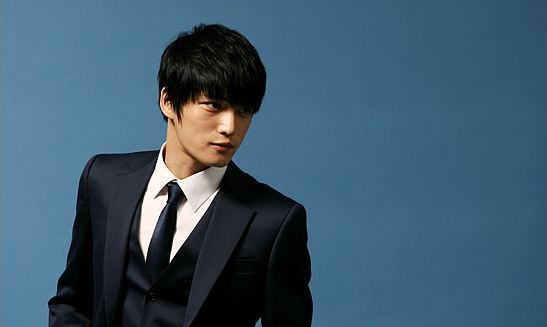 On December 30, he won the rookie award at “MBC 2012 Drama Awards” for his role in “Dr. Jin.” He shared his thoughts, “I’m really nervous. I’m really happy to receive a prize that you can only get once in a lifetime.”

He wrote on his twitter the following day a longer message without worrying about broadcasting time, “My second rookie award… I’ll take that as an encouragement to work harder in the future. I want to thank directors Hwan Hee and Oh Hyun Jong, Chang Joo Hyung (CEO), and to my members Yoochun and Junsu, I love you. And last, but not least, to the fans who made JYJ! I was show my thanks for the rest of my life.”

Netizens who read his online speech commented, “Congrats!” “You were cool in the drama,” “Fighting,” “Congrats, congrats~”

Meanwhile, Kim Jae Joong won his first rookie award at “2011 SBS Drama Awards” for his role in “Protect the Boss.”