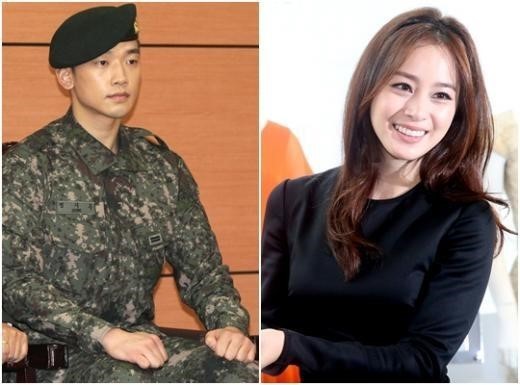 2013 has started with the startling news that actress Kim Tae Hee and singer Rain are in a relationship.

Rumor has it that the two have been dating secretly for three months but their agencies have yet to give an official statement.

The two supposedly share a date at least once a week. The two started meeting up in March of last year when Rain was serving his time in the military. The two began dating in September. Dispatch caught the two about two months into their relationship. They captured the two top celebrities on a date in a park in Seoul. When their date ended the two left in their separate cars. Dispatch also reported that the two celebrities met several times after, including a date on Christmas Eve. Often Rain would drop Kim Tae Hee at her home and then take a taxi back.

You can see the official Dispatch pictures here.

The two celebrities first met in October 2011 through a commercial shoot for a social commerce company, Coupang. After the news of this relationship broke out, behind the scenes pictures of the two shooting the commercial has resurfaced. In the commercial Kim Tae Hee and Rain shared a couple dance and send hearts with their eyes to each other.

Kim Tae Hee will play the leading female role in the upcoming SBS drama “Jang Ok Jung, Live in Love”. This will be her first historical drama role.

Rain began his mandatory enlistment in October of 2011 and will be discharged on July 10 of this year.